For wrestling fans, wrestling haters, and anyone who wants to hear about my embarrassing childhood crushes – look no further than this week’s I Hate Wrestling podcast!

This is my third time as a guest on the show and I always have a blast with Matt, the host. As well as my obligatory trashing of British words and weather, I also talk about my weird sexuality, ’90s and ’00s memes as wrestling moves, and which series of Scooby Doo is the gayest*.

As well as being ridiculous together, we also chat earnestly about the first ever TLC match featuring The Hardy Boyz, The Dudley Boyz, Christian and Edge, a series of special guests, and a lot of violently-handled furniture.

You can listen to the episode wherever you get your podcasts, or on Soundcloud right here. If you’re interested in hearing more, I also appeared on episodes 13 and 27. Let me know what you think! 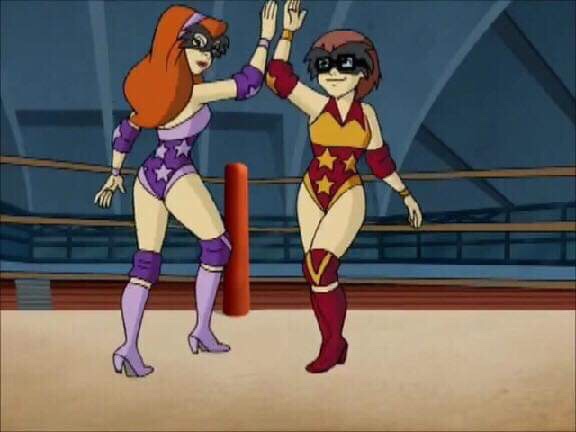 *Spoiler: On the podcast I say it’s Scooby Doo: Mystery Incorporated, but I remembered just after recording that I was actually referring to the events in What’s New, Scooby Doo?, where the main characters seem to be in a polyamorous quad together. So. It’s that one. That’s the gayest.