Every January, people make the decision to try to be ‘new’. People decide that something about themselves isn’t good enough and that a well-chosen resolution will somehow change things.

If you’re like most people, your ambitious New Years resolution will already be out the window.

That’s ok. I promise, that’s genuinely ok! No need to beat yourself up over spilled resolutions. You’re still an amazing person who can achieve whatever they want – just maybe with a new way of seeing your goals. 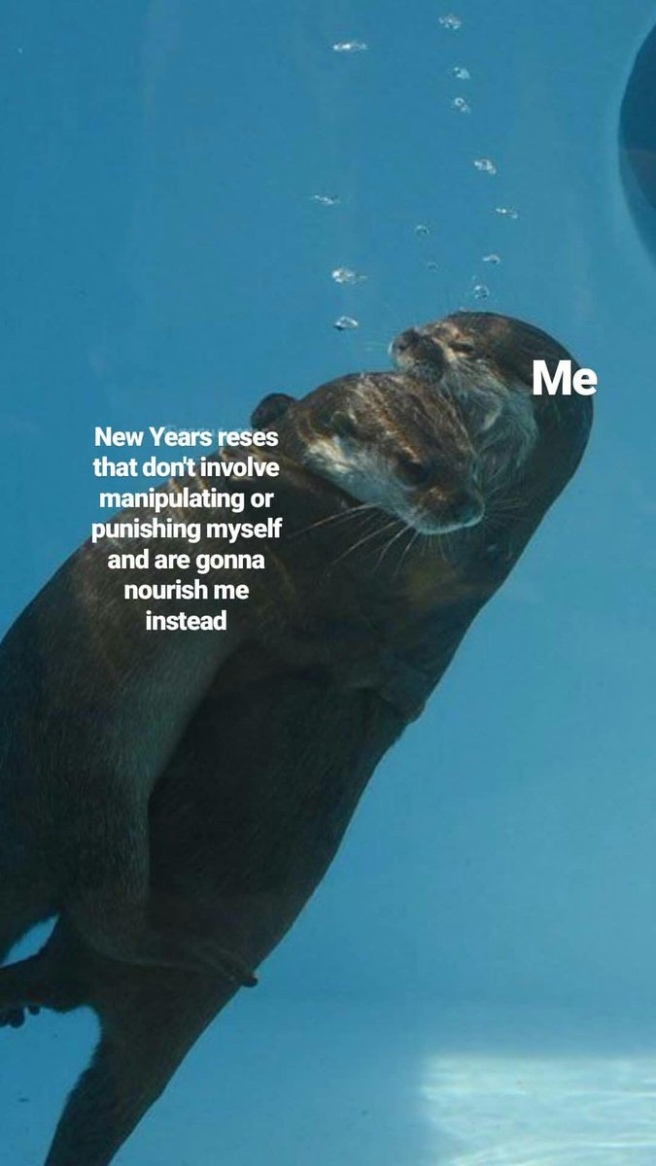 I think part of the problem with the idea of New Years resolutions is that humans aren’t great at going from 0 to 60. There’s this idea that you’re going to immediately start doing something amazing and life-changing on the 1st of January following a (hopefully) restful, lazy Christmas period. The goal of going from nothing to everything in one day is a difficult one. This is probably why your old goal died.

For example, maybe you’re someone who has resolved to start going to the gym. You worked way too hard for a short while, and then maybe you injured yourself or you hit a mental wall because the tasks are too difficult and scary, and now you find you can’t work out at all. In your mind this probably makes you a complete failure, and you’re now paying for a gym you’ll probably only go back to next January.

It’s ok if you’ve had to give up on a goal for now. It wasn’t your fault – the world tells us that to do something right we have to be ‘all in’ all at once, and that to be ok at something we must be perfect. If you did literally anything towards your resolution, that means you’ve done something, and I’m so proud of you. If you did literally nothing, that means the resolution really wasn’t right for you at all, so you’ve already made a step towards choosing a new goal, and I’m so proud of you. Now it’s time to take your amazing self and let your new goal live.

This year, in my own approach to non-scary non-perfectionist goal-setting, I’ve attempted a three-pronged approach. I’ve tried to think about what would make my life genuinely richer. I’ve tried to make this idea into a modest goal I can expand on in the future, with a finish date that (I hope) is far enough away to give myself some figurative room. I’ve then set myself some little goals and rewards along the way to keep things moving, and if I only ever hit one of those little goals I’ll have still achieved a goal and done something I’ve enjoyed.

I think basically what I’m saying is that your goals needs love, breathing space, nourishment, and a relatively gentle kick up the bum.

I think this can apply to basically anything, not just physical work, but I’ll stick with the gym example because it’s a popular resolution. If you hurt yourself too much to continue a few weeks into January, it’s ok. It’s ok to take a few weeks off, reassess your first goal, put your gym clothes back on, and do a few stretches or go for a walk outside. That might even be too much right now, and that’s ok, too. If you start gently and you do something because you love yourself and you love your goal, you will get somewhere. If your goal is to hit the gym every day and get super buff but mostly over the year you’ve just walked and stretched a whole bunch, then you’re already doing exercise that feels good and doing more to reach your goal your than you were last year.

Goals are work. They’re often hard work because that’s what makes us strong, and they can even hurt a little while we do it because that’s what growing pains do – but our goals shouldn’t hurt to the point it damages us. Good goals don’t mean punishing yourself into changing. I promise, you’re already amazing.

Please tip me if you can!